Many of our women readers often ask us what it is like traveling on public buses, trains and rickshaws in India, especially in remote and seemingly precarious regions. Reports of rampant gang-rapes, gropings, molestations can instill fear in even the fool-hardy. Being the most unsafe for women among G20 nations doesn’t inspire confidence, yet traveling solo as a woman in India has its perks – perhaps more than even men enjoy!

I for one love traveling alone through India. In fact, there are some distinct advantages using public transportation and even visiting public places such as places of worship, fairs, bazaars etc.

The recent travel to Bagru, Rajasthan, for our new ethical-fashion venture – House of Alva, was nothing short of an adrenaline rush. With 10 days to kill in parched Bagru, I carried with me a delicious bottle of creamy Baileys. After all, what’s a girl to do in a hotel room after a long day in a remote village? Little did I know that the Indian Railway does not allow Baileys and it’s sisters on railway stations and train routes. Inebriated and out-of-control passengers are not something the Railway does wants to deal with, given a majority of 1.2 billion Indians still actively use the Railways to get around in India.

For those who have traveled through the New Delhi Railway Station, passing through security check-points is no joke. Bored and harried railway officers relish the authority to frisk common citizens at the slightest of infractions. My bottle of Baileys, didn’t see the light of the day – the innocuous bag holding the Baileys was pulled out almost immediately. 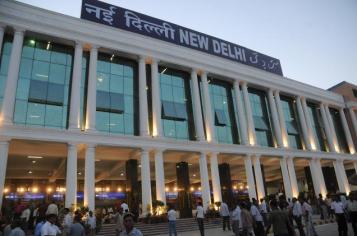 A formidable pot-bellied officer informed me about my contravention, and told me I was required to pay INR 5,000 fine on the spot, in cold cash! Not only was I frazzled but also embarrassed. With no cash in my pocket, I had no qualms returning the bottle to the Indian Railway. But apparently, that was not an option – not only was I required to pay the fine, I also got an earful about how good Indian women are not seen with Baileys. I lied…foolishly…saying I was going to celebrate my honeymoon. Clearly a woman in her 30s, with ratty jeans and a cheap worn out cotton shirt didn’t evoke the romantic images of a blushing Indian bride. I was trapped in my own web of lies!

But here’s the distinct advantage of being a woman. All I said was, “I am sorry!” I didn’t know the rules and I was just plain sorry! And it worked, my fine was reduced to INR 500 and I was let go. What happened to the bottle of Bailey’s I am not telling! I also know that the officers ended up being merciful because of my gender. And I am not complaining!

My other recent trip was to my favorite city in the entire world – the chaotic Varanasi. Apparently the city was also the favorite of Shiva’s, in whose name the world famous Vishwanath temple stands tall against the banks of the Ganges river. Just like countless pilgrims, seekers and sinners, I too was in line to meet the Lord of the World. As I stood tired in the long lines, a Pandit (priest) caught hold of my hand, gently patted my back, and said warmly, “Sundari, tum idhdar aao, Bhagwan tumse milna chaate hain.” (Literal translation: “Pretty woman, you come here. The Lord wants to meet you). Creepy? Yes! A chance to cut through the line of at least 200 people to get ahead to see the Lord – also yes! 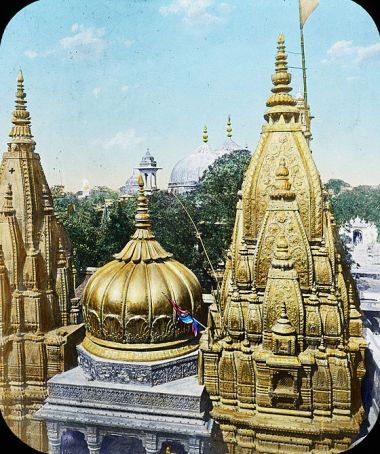 A moral dilemma indeed, but things moved too quickly and the Pandit just grabbed my hand and took to me to inside the Holy Chambers to see Lord Vishwanath – who in his heavenly abode must be shaking his head in disapproval at me and the Pandit both.

I do very well realize what happened there. I implicitly took advantage of the fact that I could cut through the line as a woman and the men standing in line would just grumble as I would get away with a mere, “sorry!” Would I ever cut a line just because it was easy to do so? Quite possibly never! Would I ever trust a holy man, dragging me to see the Lord while calling me Sundari? Definitely not!

Sometimes life reveals itself in the most interesting circumstances. I am always the one to write off police officers in India, because their reputation as bribe mongers precedes their rotundus bellies. Similarly, I always put Pandits and holy men in India on a pedestal, knowing all too well there might be seers among them as there must be some real freaks. The lesson here was not to judge people by their profession, their looks, or their disposition, but to give them a benefit of a doubt regardless of the circumstance.

Lastly, I also am thankful for everything moms have taught us. When you’re wrong, just say sorry. A simple sorry often gets you out of the stickiest situations, and I am thankful mom taught me well!