Reference – What led to the infamous Game of Dice in Mahabharat?

Pandu and his older brother Dhritrashtra were valiant princes of Hastinapur – the most powerful empire in India somewhere around 8th or 9th BCE. Dhritrashtra was blind by birth, and therefore rejected as an heir to the Hastinapur throne; he was replaced by Pandu. This made Dhritrashtra extremely jealous of Pandu. Soon after, Pandu relinquished his throne and left for the jungle for penance, after killing a sage accidentally during a hunting game. As luck would have it, Dhritrashtra finally became the interim king. However, once Pandu’s 5 sons grew up (called Pandavs), they came back to Hastinapur to become crowned princes. Yudhishtir was the oldest of them all, and was known for his Dharma – or his virtue of always abiding by ethics!

Dhritrashtra was in no mood to give up his throne to Pandu’s son and went on to divide the kingdom between Yudhishtir and his own son Duryodhan. Yudhishtir was tricked into receiving fallow piece of land from jealous Dhritrashtra. With relentless effort, Yudhishtir, his brothers and cousins (Krishna and Balram) constructed a kingdom worthy of his cousin Duryodhan’s jealousy. Duryodhan coveted Yudhishtir’s kingdom, but knew all too well that his army was weaker than Pandavs’. He instead exploited Yudhishtir’s gambling habit to lure Pandavs into a deceitful game of dice. 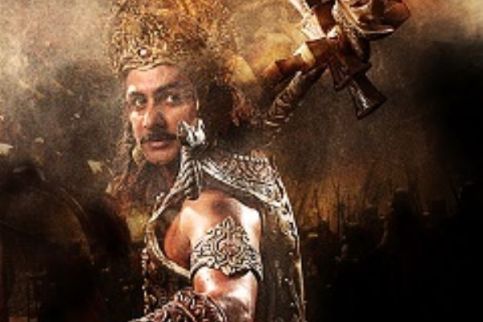 Yudhishtir went on to lose his empire, and the freedom of his brothers and his wife during this gambling incident. His wife, Queen Draupadi molested publicly in the open courthouse by Duryodhan, though she eventually was saved by her dear friend, Krishna (Note: versions of Mahabharat also state that Dharma saved Draupadi. It is unclear if it was Krishna, Yudhishtir or their Uncle Vidur who may have saved her from attempted rape.) The events led to an epic battle between Kauravs (Duryodhan and his immediate family) and Pandavs (Yudhishtir and his immediate family), leading to Pandavs victory.

Thoughts about Yudhishtir’s characterization in Mahabharat

Yudhishtir has historically been regarded the Dharma-Raj – or the keeper of ethical and noble values. Yet, contrary to even the most basic ethical values, he willingly gambled away his kingdom, the freedom of his family and his wife. As a result, his wife – Queen Draupadi was dragged in the courthouse, and publicly molested by his arch rival and cousin – Duryodhan. Versions of Mahabharat state that Yudhishtir watched helplessly as Draupadi was insulted and abused publicly.

Given the contradictions between his alleged gambling behavior and his portrayed image as the ethical one, we try to make sense of why an ethical person would:

Unfortunately, Vyas’s interpretation of Mahabharat misses an important opportunity to highlight Yudhishtir’s gambling problem. Instead it solely lays the blame of the entire rigged game on Duryodhan and his kin. Yudhishtir sadly, gets a clean chit for his lack of judgement and is portrayed as the victim of a deceptive game. It is clear that Yudhishtir could have called the game unethical at any point and walked away. Yet he continued to gamble away his pride, his wealth and his wife. 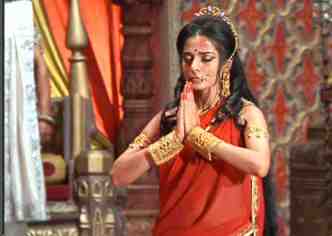 The incident could have served as a lesson for the rest of humanity about the ill-effects of gambling on families and loved ones. Vyas instead packages Yudhishtir’s flaws into a neat lesson about Dharma – a version that’s unacceptable today as it was during Mahabharat’s era. This is also a disservice to Draupadi, who was an innocent victim of Yudhishtir’s weaknesses – just like other women who face unspeakable war crimes after armies wage war for political reasons.

Similar to warning signs exhibited by gambling addicts include, Yudhishtir too struggles with the following:

1. Having trouble controlling the gambling – Yudhishtir had strong urge to continue gambling despite his entire family and his well-wishers requesting him not to continue. Mahabharat justifies his actions stating that he couldn’t leave the gambling arena because of the rules of the game, however explanations seem too weak given the rules were evidently and explicitly rigged in favor of Duryodhan. For example, Yudhishtir had several opportunities during the course of the game to walk away. However, a compulsive gambler, Yudhishtir decided not to walk away despite requests from his wife, brothers, and his extended family.

2. Gambling even when you don’t have the money – Yudhishtir’s gambling couldn’t be stopped – he lost his wealth, his land, his army and eventually his entire kingdom. He then bet and lost his brothers as indentured servants to Duryodhan; he eventually bet and lost his own freedom too. Further provoked and exploited by Duryodhan, Yudhishtir made the grave mistake of betting his wife – Draupadi as a servant to Duryodhan and lost her too. (Note – The commodification and molestation of Draupadi has been disused in our blog – (INSERT LINK). Kindly watch for upcoming blogs discussing Draupadi’s story further.) With each bet he felt he was closer to recovering his losses, but he continued losing all he had. His lack of judgement is apparent in his decision to pawn away his entire family’s freedom.

Epics like Mahabharat serve as a lesson for humanity, for ethical behavior and for protection of rights of the vulnerable. Therefore, it is critical that we analyze the human flaws that violate any of the above.

Note: Lastly, our aim is not to showcase Hinduism or any other religion in a bad light. Hinduism is the oldest religion in the world and has evolved over time, only because it allows open debate and queries. We acknowledge that not all religious beliefs allow questioning articles of faith. We not only appreciate this privilege, but also attempt to showcase the brilliance of the Hindu philosophy depicted through epics like Mahabharat.

10 thoughts on “Mahabharat misses an opportunity to highlight gambling as a social problem!”