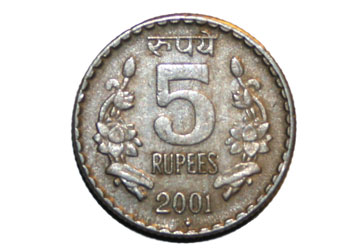 A sure-shot mantra for doubling your money!  Collect Rupees 5 coins, and head straight to Dharavi, specifically behind the Mahim Station.  We found a guy who collects Rupees 5, melts them down and converts them into razor blades and sells them for a much higher price.  He offered to give us Rupees 6 with a promise that if we bring more coins, the conversion rate could be up to Rupees 10 for a single Rupees 5 coin.  Imagine that!  We certainly are not lying, because we just found an article about the same.  For obvious reasons we don’t have a picture of this amazing enterprise and our cameras were not allowed anywhere near his flourishing enterprise.